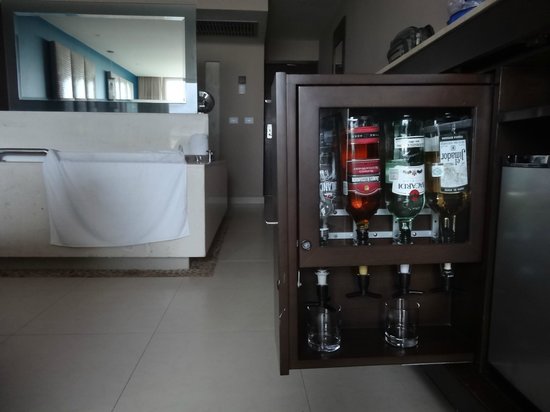 I'm sure you know that the Dominican Republic has been in the press a lot lately.  A few reports of "unexplained deaths" have surfaced and the media has gone wild.  This isn't new to the world of travel and the media in the USA.  Unfortunately it's a trend that we've noticed almost every year for the past decade.  This goes for online blogs, newspapers, social media, cable TV news, and even major news networks.  Once the hysteria starts it's hard to stop the momentum and typically things get blown way out of proportion.

Last year it was Jamaica, the year before it was Mexico.  You probably also remember news from the Bahama's, and France, and let's not forget cruise ships.  Do you remember the Zika scare?  How about the Chikungunya virus?  News stories start innocent enough reporting an occurrence.  As the story progresses it grows like a snowball rolling down a hill.  Next thing you know unsubstantiated facts and theories start getting added in.  Many people begin to believe every story they hear.  New stories that are not related somehow start to sound realistic and we start to believe it must be related.  The fear spreads, people panic and then one day it eventually dies away because the facts usually don't represent the hysteria.  Media is great at spreading the fear, but not usually so great and calming the hysteria or retracting the unrelated stories.  I think in the world of travel these stories seem to spread quickly and cause a panic.  This is because it's easy for us to relate to the story.  We may have a future trip planned, or are in the process of planning a trip, or maybe we are not planning a trip but simply like to day dream about vacationing.

Let me tell you a fact - the world is scary if you allow it to be.  The truth is bad things happen EVERYWHERE including in your hometown.  People get sick and die suddenly.  I imagine almost everyone can tell a story of a friend or family member that was in good heath for their age suddenly died from a heart attack or stroke.  It sucks, but it happens.  The good news is it doesn't happen often enough that we consider it to be a common occurrence.  When similar occurrences happen in a tourist location it's easy to forget that these same things happen at home.  When a virus spreads on a cruise ship and people get sick it's big news.  When a virus spreads at the office you work at it doesn't make the news.  Both are just as likely to occur.  I don't have facts to back it up, but I'm guessing viruses spreading at your office are likely more common than on a cruise ship.

It's July 2019 and the current fear is the Dominican Republic.  Over 2 million American's travel there annually.  Add other countries and the number of tourist visits to the Dominican Republic is over 7 million.  It's not my top selling destination but I still sell a fair amount of trips to the Punta Cana area.  This is due to the friendly people, beautiful beaches, great resorts, and a very reasonable price for all-inclusive resorts.  In the past 3 weeks I have cancelled over 50 vacations for my clients that had future trips planned for Punta Cana.  Do I blame them for cancelling? No.  Have I expressed to them that I feel the island is safe? Yes.  Would I back up my words and take my family on vacation there? Yes.  In fact I am traveling there next week to stay at one of my favorite resorts - Hard Rock Punta Cana.  Would I take my wife and kids there if I thought it was unsafe? No.

As I mentioned in the paragraph above, I don't blame people for cancelling their trips to the Dominican Republic.  There are many reasons someone may decided to cancel, however the fear of being poisoned or dropping dead should not be one of them.  The facts simply don't back it up.  Sometimes it's hard to ignore the news coverage.  It's easy to get stressed out.  If this stress is going to carry with you on vacation to the point of ruining your fun than I understand cancelling.

For those that don't cancel or are considering booking a future Punta Cana vacation let's talk about the facts.  As mentioned above people die everywhere.  Just because you are on vacation doesn't mean you are immune from death.  It's not common, but bad things happen no matter where you are.  If there is one thing about vacation... we like to indulge.  We may diet for 6 months trying to get our "beach body" ready.  But once we are there we eat, eat, and eat some more!  We then drink tons of sugary frozen alcoholic drinks and maybe even a few shots.  And why not, it's vacation.  We deserve to let go and enjoy ourselves.  I've often said to myself and others "there are no calories on vacation".  Personally I usually have intentions of getting up and getting a workout in at the resort gym in the morning but it rarely happens.  We let loose and enjoy ourselves.  This uncommon eating habits and change of routine are not great for someone that has a underlying health issue (known or unknown).  The same person that has a cardiac issue on vacation could very well of had the same issue at home.  My dad had a mini-stroke while we were on a family vacation at Universal Orlando a couple years ago (no worries he had a full recovery).  Did we blame Universal for his stroke?  Of course not.  Did we think that someone must have poisoned one of his drinks?  No.

I've seen reported that 10 American citizens have died after sudden health issues in the DR since June 2018.  That really isn't a large number considering how many people travel there.  Currently there are no facts from autopsies, and even the FBI that say any of the deaths are not natural.  The number of deaths this year is not rising compared to previous years.  The US State Dept has not issued a warning.  I read that more American deaths occurred in Canada than in the Dominican Republic.  Do we fear visiting Canada?

I keep hearing stories suggesting people died after having a drink at the in-room mini bar.  There has been no proof of any tampering with alcohol in the bar.  However the hysteria surrounding the Dominican Republic has rolled out of control and people begin to believe this as fact.  At this time there are no facts to suggest this is true.  Guess what - millions of other guests also drank from the in-room mini bar.  They also ate at the same restaurants, and swam in the same pool, and rode on the same shuttle bus.  Without any facts, I find it impossible to believe anything is wrong with the in-room bars.  I've stayed at Hard Rock Punta Cana many times and the in-room bars are locked.  The bottles can not be removed or liquid added to them.  This once again shows how a comment of someone having a drink from the mini bar can be blown way out of proportion.  Many resorts (including Hard Rock) are removing the in-room bars.  This isn't because there is any proof that anything bad happened with the bars, but simply to make people feel safe.

Personally, I've been to the Dominican Republic many times and I hope fear doesn't stop you from enjoying this great destination.  I look forward to next week when my family will be there.  We will enjoy the beach, the entertainment, the food, and great company without fear.