Disney’s nightly entertainment is certainly getting better at Walt Disney World.  Those that know me, know I’m crazy for Disney.  We decorate our house in Disney every year for Christmas (and won ABC’s The Great Christmas Light Fight) and I bring my family to Disney for a weeks vacations every year.  This year didn’t disappoint.  There are many additions added to the parks, but one of the most notable is the new nighttime entertainment options.

Hollywood Studios added an amazing Star Wars light and firework show.  The projector mapping is amazing and I love how they incorporated lasers and pyrotechnics to pull it in to an amazing show.  The best part is they didn’t eliminate Fantasmic.  If you time it right you can view both shows in the same night!  Below is a small clip I took on my iphone.

Disney’s Animal Kingdom also has added a nighttime show called the “Rivers of Light”.  My family loved this.  We are huge on watching nighttime shows and this allows Animal Kingdom to be a full day park for us.  Even if you don’t have a hopper pass you will be able to spend an entire day in the park and leave at a later hour not feeling as though you missed out.  It’s a beautifully artistic show that features amazing lighting and water projection.  This is a little different than most nightly shows as it doesn’t feature Disney Characters.  Instead it focuses on the animals.  You won’t hear or see any large fireworks for this show, I’m assuming for the safety of the animals in the park.  For the best view, use your app and sign up for the Fast Pass seating area.

Here a couple of pictures I took. 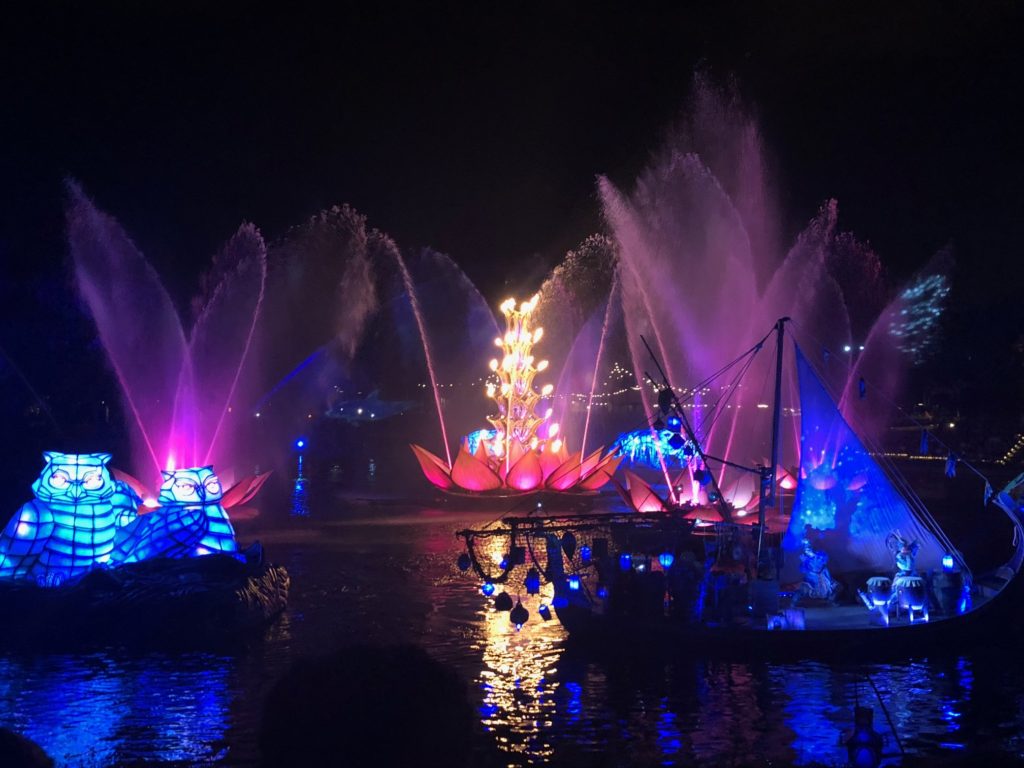 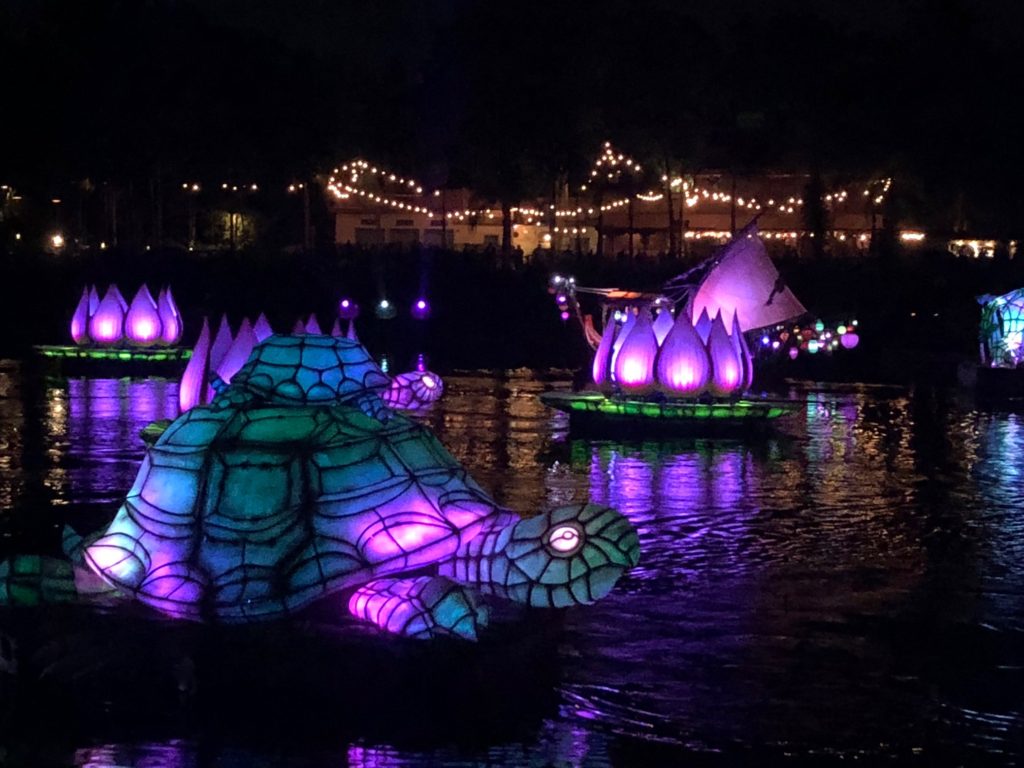 The Tree of Life is also included for the new nighttime hours.  Watch in wonder when the animal spirits within the great tree awaken during a mesmerizing showcase of color and light. Approximately every 10 minutes, flickering fireflies magically appear and stir to life the wondrous animals spirits carved into the tree’s towering trunk—bringing to light a stunning visual swarming with vivid color and animated imagery. 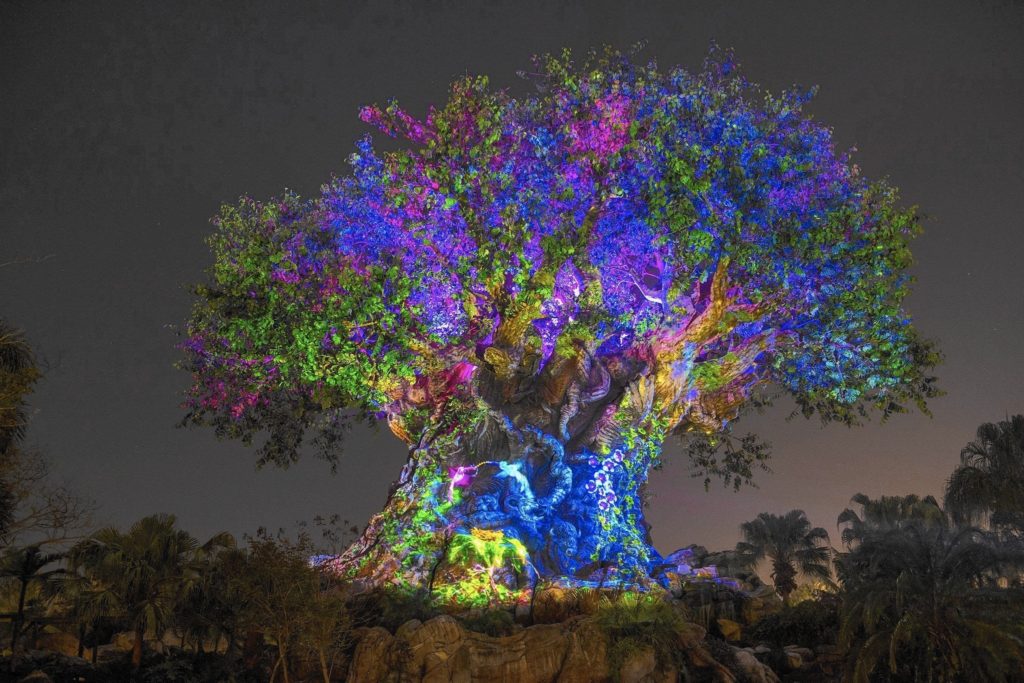 Now Disney has announced they are also upgrading the nighttime show at Epcot.  Here is the announcement.  We can’t wait to see what they have in store.

After nearly 20 years of delighting Epcot® Guests with the emotional story of humanity told through music, fireworks, light torches and more, we wanted to let you know that “IllumiNations: Reflections of Earth” will be ending in the second half of next year. The Disney Parks Live Entertainment team is already busy creating new thrills to debut immediately following the conclusion of “IllumiNations,” continuing the tradition of nightly entertainment on the World Showcase Lagoon.

“IllumiNations: Reflections of Earth,” which is currently planned to run to the end of summer 2019, has entertained millions of guests gathered around World Showcase Lagoon sharing the light and a story since it debuted in October 1999 as part of the Walt Disney World® Millennium Celebration. During the coming year, we’ll be celebrating this classic show, so your Clients still have plenty of time to experience it again and again, as excitement builds for what’s next.

As we’ve previously shared, we’ve got big plans for our multi-year transformation of Epcot, with new experiences that will “Wow!” your Clients while keeping true to the original vision of the park. And the all-new nighttime fireworks spectacular coming to Epcot’s World Showcase Lagoon will be part of the park’s exciting evolution.

The new show joins several previously announced experiences coming to Epcot, including the highly-anticipated “Guardians of the Galaxy” roller coaster attraction, a “Ratatouille”-inspired attraction in World Showcase, a new table-service restaurant adjacent to Mission: SPACE and much more!

Stay tuned to Disney Travel News for updates on the new nighttime spectacular and everything else coming to Epcot, and share your favorite memories of “IllumiNations: Reflections of Earth” with us in the comments.